Our team is comprised of aerospace and logistics industry experts, MIT-educated engineers, robotics engineers, corporate executives all passionately focused on actualizing the company’s vision to bring autonomous, reliable, and safe drone delivery to the nation. 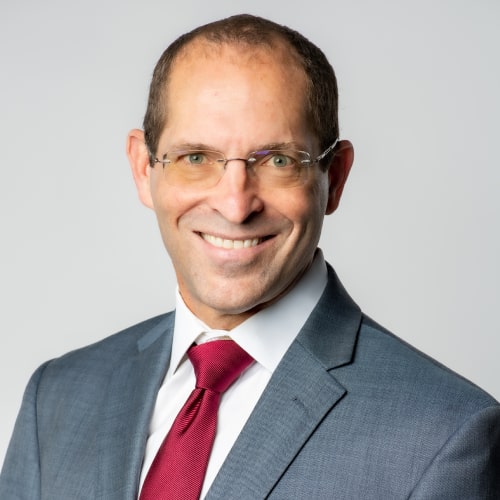 Rhett Ross has 30 years of aerospace and engineering management experience, as well as significant expertise in the FAA certification process. Former President and CEO of Continental Aerospace Technologies, Ross is credited with leading the company in five successful acquisitions to add technology and additional product lines valued in excess of $40 million. Prior to his role at Continental, Mr. Ross was President of Teledyne Energy Systems, Inc., a manufacturer of thermoelectric, electrolytic hydrogen generation, and fuel cell devices. Mr. Ross is a former member of the Advisory Panel to the U.S. Department of Energy’s Laboratory Hydrogen Program Review Team and of the U.S. Congress Office of Technology Assessment Advisory Panel for the Review of Advanced Automotive Technology. He is also the former President of the U.S. Fuel Cell Council.

Ed served in the United States Air Force for 30 years, retiring as a Brigadier General. During his distinguished Air Force career, Ed’s responsibilities included Airborne Weapons Director aboard the E-3B Airborne Warning and Control System aircraft, Instructor and Evaluator for ground-based Space Operations systems, squadron and installation commander, and the Air Force Programmer, where he was responsible for formulating the Air Force’s 5-year, $650B budget. Upon retirement Ed joined Sehlke Consulting, rising to the Partner and Director of Air Force Programs responsible for strategy and pipeline development, project capture and pursuit, proposal management and customer relations management of on-going efforts. Ed earned an undergraduate degree in Business Administration from the Citadel, Charleston, South Carolina and a master’s degree in Human Resource Management and Leadership from Webster University. He has also completed Georgetown University’s Government Affairs program, including a 12-month fellowship on the personal staff of a US Senator, graduated from the Belgian Defense College and holds an active Part 107 Remote Pilot Certificate.

Bill has over thirty years’ experience in establishing and improving business processes and systems in aerospace and industrial equipment market segments, as well as significant expertise in FAA certification and air carrier operations. Bill served in the United States Air Force as B-52 Maintenance Technician and has a well-rounded background with Product Engineering, Operations, Continuous Improvement, and Program Management leadership roles with Delta Air Lines, Rolls-Royce PLC, and Continental Aerospace Technologies. Mr. Haub is a graduate of Embry-Riddle Aeronautical University with a degree in Professional Aeronautics and has a MBA from the University of Nebraska – Lincoln. He also has an Airframe and Powerplant License, is a certified Six Sigma/Lean Black Belt, and a Business Analytics certification. 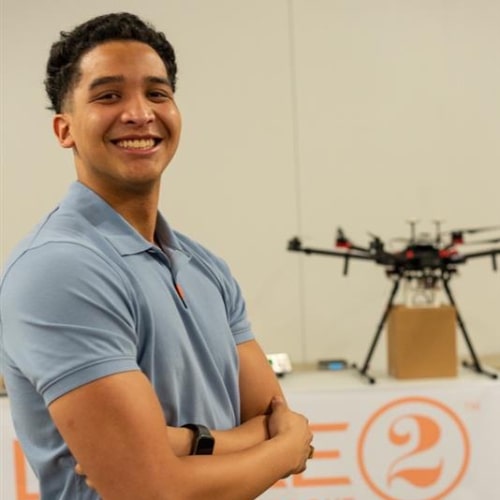 Kelton Hardrict Jr. is a graduate of MIT with a degree in Aerospace Engineering. He is an experienced researcher having conducted research in MIT's Space Propulsion Lab, Human Systems Lab, and Space Systems Lab; he has also spent a summer conducting research in Stanford's Structures and Composites Lab. In industry, KJ has completed two successful intern stints at Northrop Grumman Aerospace Corporation in the roles of Software Engineer and Systems Dynamics Engineer. During his undergraduate career, KJ has also created and grown his brand on YouTube with over 11 million views and 107,000 subscribers. KJ is currently taking a leave of absence from his pursuit of both an Aerospace Engineering Master's Degree and PhD at Stanford University in Autonomous Systems. 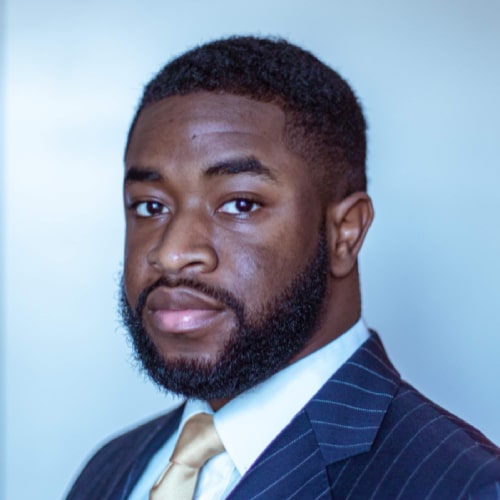 Timmy is a PhD student at Stanford University studying Aerospace Engineering. He graduated from MIT with a Bachelors in Aerospace Engineering and a minor in Management from MIT’s Sloan School of Management. He has experience working with autonomous systems including the areas of perception, planning and control. Timmy has successfully completed several research positions in these areas holding positions at MIT CSAIL's Interactive Robotics Group, MIT's Human Systems Laboratory and Stanford University's Aerospace Design Laboratory. He is a Fellow with the National GEM Consortium, a Charles Lee Powell Scholar at Stanford and a recipient of the Ronald E. McNair Scholarship at MIT. 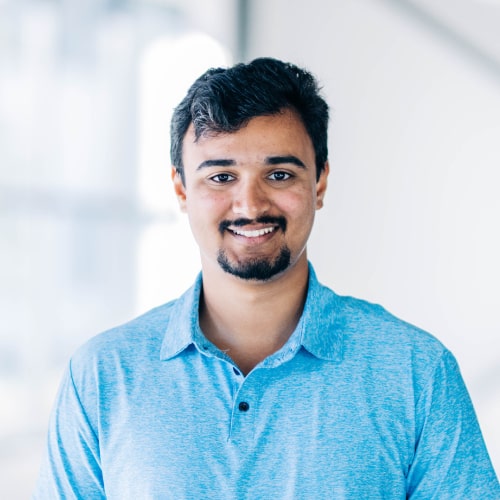 Abhiram Dapke is a Robotics graduate from the University of Maryland, College Park. He has experience in Robot Operating System, UAV autopilots, Robot Programming, Motion Planning and perception of autonomous vehicles, kinematics and dynamics of autonomous systems, and Machine Learning. He has implemented incremental heuristic search algorithms on autonomous robots that expedite the navigation between start and goal nodes. During his Masters, Abhi has been a Graduate Research Assistant in the Robotics Realization Lab and is an Arctic Code Vault contributor on GitHub. 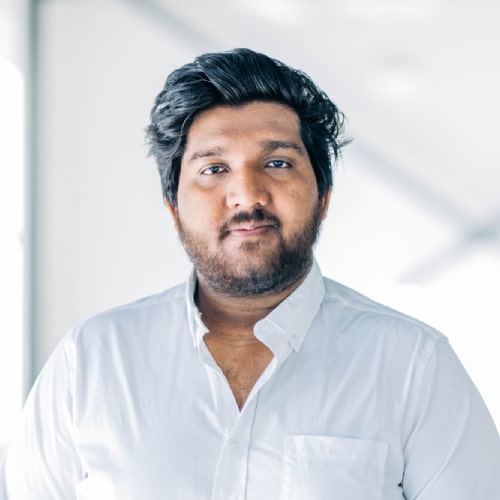 Akshay Kumar is a graduate of NYU with a degree in Robotics Engineering. He has experience in Robot Mechanics, Gait and Manipulation, Mechanical Designing, Kinematics, and Motion Planning. During his masters, he was a Graduate Assistant mentoring Undergraduates in Soft Robotics Actuation. He was also a Research Assistant in NYU’s AI4CE Laboratory researching on Mobile Platform Augmented Reality robots and Small Scaled Modular Autonomous Construction City. Akshay was a Robotics Intern for a Metal Fabrication Company where he was working on building Autonomous mobile robots to perform the NDT process. 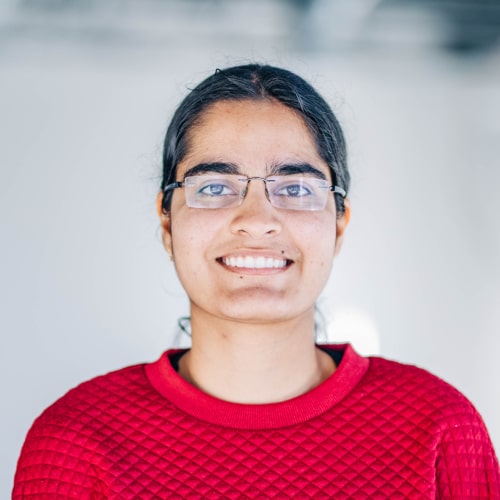 Sakshi Singh graduated from The Ohio State University with a master’s in electrical and Computer Engineering. Her area of interest lies in computer vision, image processing and robotics. She has hands on experience working on perception in autonomous systems. She is currently working on developing precision landing and obstacle avoidance systems. 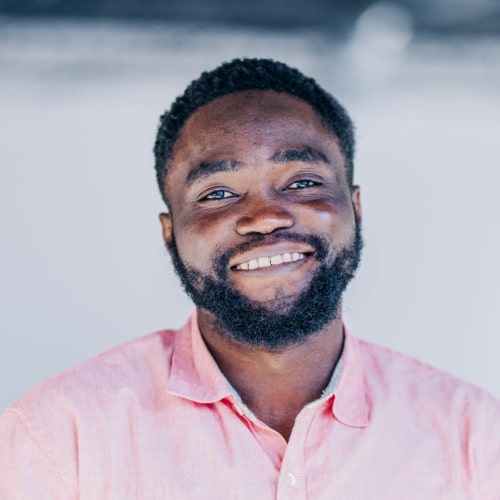 Ayo graduated from Auburn University with a M.Sc. in electrical engineering. He has cumulative work experience in various aspects of Electrical Engineering with his recent experience focused on optimizing logic circuits and hardware systems for improved performance. He brings his varied experience and passion for improving system processes to Deuce Drone. As part of the Deuce Drone team, he integrates drone software and hardware components for safe and sustainable drone deliveries. 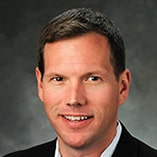 As President and CEO of Burton Property Group (BPG), one of the largest real estate development firms in South Alabama, Phillip Burton currently manages a $200 million portfolio throughout the southeast. Prior to his current role, Mr. Burton served as President/CEO of BBMC/MCS Investments, Inc. He is also a founder of the Beverly Burton Scholarship Trust, named in honor of his late mother, which provides college scholarship opportunities to the Boys & Girls Clubs Youth of the Year recipients. He is also a board member of the Mobile Chamber of Commerce and University of South Alabama’s Foundation for Research and Commercialization, as well as a member of the YPO Southeastern Chapter. 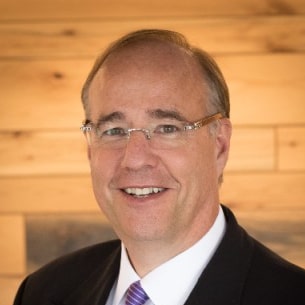 John W. Fanning, Founding Chairman and CEO of napster, has been a pioneer in Internet Technologies for over 30 years. In addition to his work with Napster on the distributed aggregation of content, he has introduced such net-related innovations as client-server game play, voice over IP, and auto-upgrading/authentication. Since 1994, he has founded numerous successful Internet ventures, including Napster, NetGames, and NetMovies. 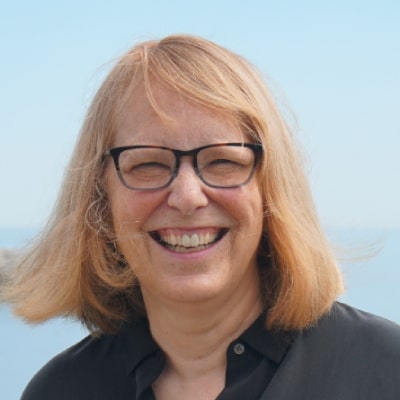 Cecilia is the currently the CEO of Netcapital Inc. With over 20 years of senior management experience, Cecilia was formerly Vice President of Technology and Digital Design at Decision Resources Inc., where she oversaw the implementation of new technologies, products, and business processes for the leading biopharma companies. Prior to joining Decision Resources, Cecilia founded a technology firm that built a patented platform for online research. She has managed large-scale and global technology projects in collaboration with leading organizations, including National Geographic Society, National Science Foundation, National Institutes of Health, and Harvard University and has served three terms as a Town Councilor in Watertown, MA. Cecilia has a PhD in Biology from Harvard University and a BA (with honors) from Johns Hopkins University. 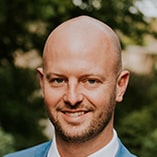 Attorney Lincoln is an Associate at Codelaw, LLC, a law firm specializing in providing business startups and entrepreneurs legal support and advice. During his tenure at Codelaw, Mr. Lincoln has focused on all aspects from business formation to successful fundraising to ongoing compliance services. Prior to his work at Codelaw, Mr. Lincoln spent nearly a decade at John Hancock serving their Boards of Trustees, including providing compliance, legal, and contractual review services.

Deuce Drone is committed to providing evolving drone solutions for the community. We embrace diversity and innovation and take pride in empowering local businesses. We partner with the FAA and communities to make drone delivery fast, accessible, and safe.